Sign in
Recommend Donald's obituary to your friends
Plant A Tree

In loving memory of 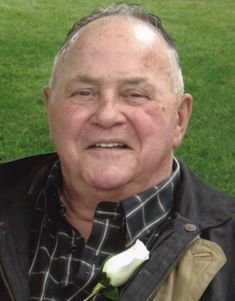 Please share a memory of Donald to include in a keepsake book for family and friends.
View Tribute Book

Donald was a true gentleman who has forever left footprints in our hearts.

He had the love for being a truck driver. He worked as a Highway Transport Driver for TST Overland Express for 45 years, then retired and worked for another 7 years for Copley Trucking.

In his younger years he enjoyed deer hunting up north with his dad and siblings. Another thing when Don owned his 22 foot Munro boat, people would see him out on lake St. Clair sitting on the outboard motor with is short fishing line trolling for pickerel. He loved to fish; it was like a par-time job for him.

Predeceased by his mother and father-in-law Amanda and Norman Benoit.

A special thank-you to the staff that took care of dad in the ICU at the CKHA, your excellence in care was very comforting. Our sincere gratitude also to, the emergency staff at the Sydenham Campus.

As per Donald’s wishes, cremation will take place.

A memorial Mass will be held in Immaculée Conception Church, Pain Court on Saturday August 28, 2021 at 11 am.

Donations to the Heart and Stroke Foundation or Charity of One’s Choice would be welcomed by the family.