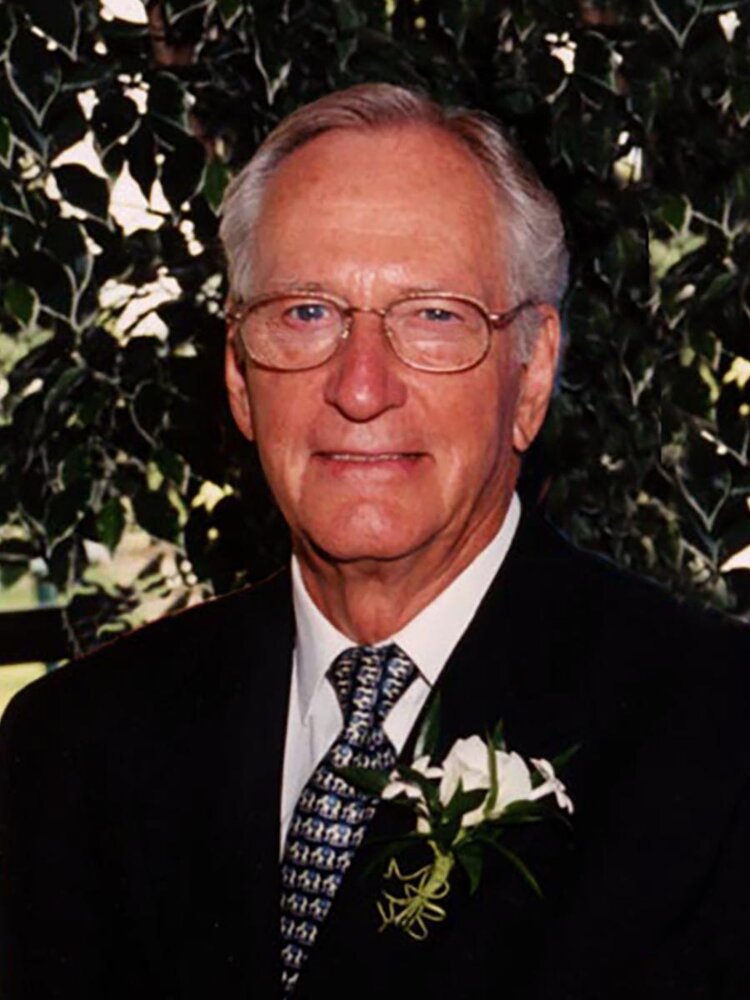 Please share a memory of John "Jack" to include in a keepsake book for family and friends.
View Tribute Book

Born on September 5th, 1928 near Amherstburg, Ontario, Jack was the youngest son of Hilda and Joseph Gleason. With his oldest brother Bud (real name Donald but nobody ever called him that) and dear sister Margaret, Jack grew up in the rural environs of Malden Township during the Great Depression. Upon entering high school he met the first love of his life, Catherine Deslippe, a cute and diminutive miss from Harrow. They did not become a couple immediately, however. That feat was accomplished when both Jack and Cathy found themselves with summer jobs at Boblo Island Amusement Park. Jack worked the merry-go-round (which included combing the horses' tails), while Cathy sold tickets at the ticket booth. Hatching a clever plan to get Cathy to be his date to an upcoming dance on the Boblo Ferry, Jack bravely got a friend to ask Cathy to the dance for him. Surprisingly, Cathy said yes. All of us kids are very glad that she did.

Jack and Cathy were married on August 25th, 1951, followed by a honeymoon trip to Yellowstone Park, in a tiny teardrop trailer that Jack built himself. They settled down in Windsor, Ontario, moving to a series of increasingly larger houses to accommodate a growing family. Jack reveled in his family life. Tom, Ellen, Carol and Carrie were born between 1952 and 1961. We all remember a Dad who never once failed to make us feel safe and loved.

Jack's life-long love of cars led to his study of Mechanical Engineering and his graduation from the  University of Detroit in 1950. He worked at the Ford Motor Company in Windsor, Ontario until 1963. Seeking new opportunities, Jack moved with his family to Burlington, where he worked for Van Wilson. After two years, he finally found his greatest opportunity at Fram, and moved to Chatham, where he happily lived for the rest of his life. Fram, which became Bendix, which became Allied Corp., benefited from his expertise, leadership qualities and common sense for many years until his retirement in 1986. Jack built firm friendships with his colleagues. Everyone who worked with him has nothing but praise for him. A lasting legacy is the Emission Control Program, which he introduced and nurtured and is still going strong.

Jack's family grew again in 1968 with the birth of his fifth child, Colin. With his family firmly ensconced in a large and comfortable family home on Wyandotte Street – which he of course had designed himself – he continued to enrich all of our lives with a seemingly never-ending series of projects. When the neighbours started to have swimming pools installed in their backyards, Jack decided to install a pool himself. Things were going great right up until our cat, Tigger, jumped down onto his painstakingly troweled newly-poured cement at the very bottom of the pool and casually sauntered across. Dad was quite devastated by this tragic and lasting development, but the rest of the family continued to be delighted by both the pool and the cat-tracks.

Jack's many projects included teaching himself to play the guitar, the banjo, the organ and the clavinova. He had a great love of music and fostered that love in his family. One of his greatest joys was participating in live-music sessions with his children and grandchildren.

Jack's family continued to grow over the years with the addition of sons- and daughters-in-law, including Debbie, David, Finn, Michael and Karen, and many cherished grandchildren and great-grandchildren. He greeted each new family member with love, guiding them with his wisdom and life-experience. Each and every grandchild has benefited from his influence, and they all have the “Grandpa” stories to back it up.

When Jack's beloved Cathy became ill he continued to love and support her, journeying to Riverview Gardens at least once a day to make sure she was well cared for. He became an advocate for compassionate dementia care in long-term care homes and was instrumental in facilitating institutional changes. He was devoted to her until the very end.

Fate led Jack to a mountainside in Turkey, where he met Stella Van de Wynckel, a fellow traveler from Chatham. Jack and Stella formed a close friendship which led to a romantic proposal of marriage on a riverboat in Paris. They were married on November 24, 2012, surrounded by Gleasons and Van de Wynckels. Jack's family had increased in size again, to his obvious delight. He warmly welcomed Stella's daughters Ann and Nikki, son-in-law Ron, and their families. Stella and Jack enjoyed nine years of new adventures together, and they were a great comfort to each other.

Jack was a man of many parts. He had a life-long love of travel, journeying to almost every part of the globe. He was fond of saying that the only continent he had not visited was Antarctica. He leaves an astounding archive of photos, films and video which offers a treasure-trove of memories. No one in his family can say that they have not led a well-documented life. He was actively involved in the Chatham community, serving on many boards and committees. He was devoted to his parish life at St. Ursula's Church, a reflection of a deep faith which guided every aspect of his life.

Jack loved nothing better than having a household full of happy people. Family, friends and strangers were all equally welcome. He loved Tin Roofs and Rusty Nails, and was willing to share them with everybody.

Jack loved meeting all the wonderful nurses and PSW's who supported him during his last months. The family would like to thank them all for their outstanding care and compassion.

If you want to celebrate his life, have that extra piece of pie for dessert, and don't forget the ice cream.

Friends and relatives may visit at Hinnegan-Peseski Funeral Home, 156 William St. S. Chatham (519-352-5120) on Tuesday December 14 from 2-4 p.m. and 7-9 p.m. A Funeral Mass will be celebrated on Wednesday December 15, 2021 at 10  AM in St. Ursula's Church. Please sign up for the Mass and Visitation at www.signup.com/go/npVwLTE or call the funeral home. At the request of the family everyone attending the funeral home and church should be fully vaccinated and will be asked to show Vaccination cards, thank-you. Donations to the Kidney Foundation of Canada and Engineers Without Borders would be appreciated.