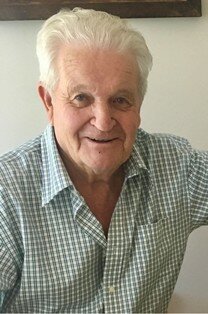 Please share a memory of John to include in a keepsake book for family and friends.
View Tribute Book

Born in The Netherlands in 1932, son of the late Mary (Van’t Hoff) and Peter Koppes. John was a farmer for most of his life in Raleigh Township. Many hours were spent playing cards, square dancing and going to dances with friends.

He enjoyed quiet time and tending to his flower gardens.  Time spent with family, especially his grandchildren and great grandchildren was closest to his heart.

As were John’s wishes there will be no funeral home visitation or service.

A Celebration of Life will be held at a later date.

Donations to the charity of one’s choice would be appreciated.