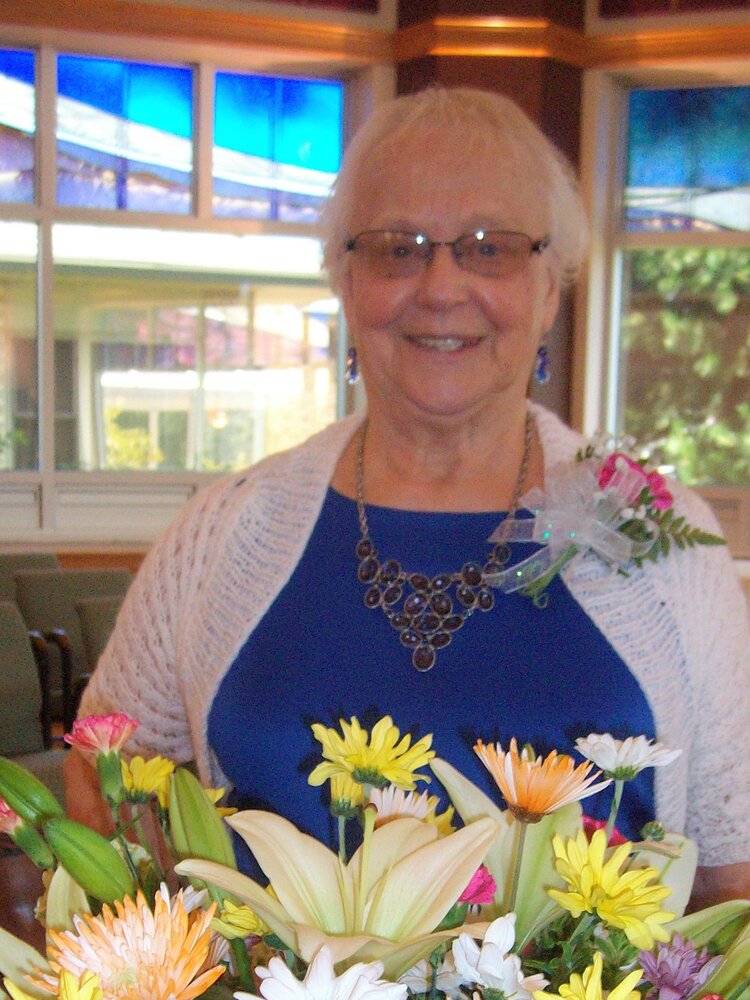 Please share a memory of Sr. Irene to include in a keepsake book for family and friends.
View Tribute Book

Schnell, Sr. Irene (Irene Anna), formerly Sister Angela, e ntered eternal life on December 18, 2022 in Chatham. She entered the Ursuline Sisters of Vibank, Saskatchewan in 1950 which amalgamated with the Ursuline Sisters of Chatham in 1953.   During her religious life she served as a teacher in Allan, Vibank and Regina, Saskatchewan.  In 1964 she was missioned to Chiclayo, Peru until 1969.  From 1970-1979 she also did pastoral work in Edmonton.  She was called to serve again in Peru until 1981.  On her return to Canada, she did pastoral work in Qu’Appelle and Kendal, Saskatchewan from 1982-1987.  In 1987, she moved to Windsor, Ontario where she was the Director at the Windsor Refugee Office.  She moved back out west and served in Edmonton and Regina until she moved permanently to Villa Angela in Chatham in 2012.

Sr. Irene was born in 1932 in Marienthal, Saskatchewan, the daughter of the late Flavian and Martina (Massett) Schnell.  She is survived by several nieces.   She is predeceased by brothers Leonard, Theodore, Peter, Leo, and 2 brothers named Joseph as well as sisters Clara Davenport, Eva Schnell, Anatolia Schnell, Zita Jewett, Agnes Kiefer, Isabelle DeRosier and Margaret Peck.

Relatives and friends are invited to join the Ursuline Community at a prayer service to be held on Wednesday, December 21 at 2 p.m. in the Kiva at St. Angela’s Meadow Retirement Lodge, 20 Merici Way, Chatham.  Visitation from 9 to 10 a.m. followed by the Mass of Resurrection will be celebrated on Thursday, December 22, 2022, at 10 a.m. at Blessed Sacrament Church, 145 Victoria Avenue, Chatham.

Mass will be live streamed at https://ccfp.dol.ca/people/blessed-sacrament-parish  and click on “Live Streamed Mass”.

Interment will be in St. Anthony’s Cemetery.

Donations in memory of Sister Irene may be made to “Chatham Ursuline Charities”, 20 Merici Way, Chatham, Ontario N7L 3L8 or to the charity of your choice.