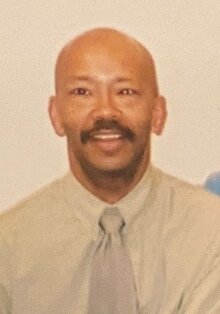 Please share a memory of Steven to include in a keepsake book for family and friends.
View Tribute Book

He was born in Chatham Ontario to Alvin and Elenor (nee Simmons) Ladd.  With the passing shortly after of Elenor, Jean visited the sweet baby boy at the hospital, and he had her heart. James and Jean brought Steven to their home from the hospital where they adopted and raised him.

Steven grew up knowing he had the love of two families. Many described Steven as kind, friendly, polite, and funny. He enjoyed socializing with family and friends; he loved to entertain with his quick wit and his grand story telling abilities. Holidays began with his arrival with his sisters, especially, thrilled to hear what new adventures he had to share.

Steven’s talents were multiple. From a young teen he could build a washing machine for Barbie doll clothes from an 8V battery and motor. His artistic skills were exceptional in the areas of drawing, art, cooking, baking, and beautifully decorating cakes. He also loved fashion design. Steve attended Sheridan College where he graduated with a diploma in fashion design. Later he returned to refine his love of bead design which he used on the creation of 4 wedding gowns, two belonging to his twin sisters.

Steven was not able to break into the fashion field, so he made his living at various labour jobs such as a book distributor, Campbell soup, and currently employed with Ventura Foods. Even though Steven’s path did not go the road he had hoped he was content and made the best of what life gave.

Steven’s faith in God remained strong throughout his life, baptized as a teen, he continued to attend Union Baptist Church via zoom and whenever he was home, as recent as Jan 1 three days before his passing.

We know Steven is now at peace resting safely in God’s heavenly presence with family and friends gone before. We will remember you always and see you again.

Donations can be made to Union Baptist Church or a charity of your choice.