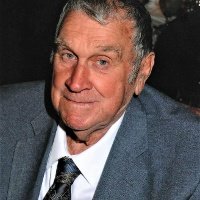 Donald Wilfred Arnold of Richmond Settlement, NB passed away on Tuesday, August 13, 2019 at the Upper River Valley Hospital. Born in Chatham, Ont. to the late Wilfred and Corrine (Van Derze) Arnold on May 29, 1931.

A Funeral Service will be held in the Chapel of the funeral home on Wednesday, August 21, 2019 with Deacon Jerry Lozon officiating.