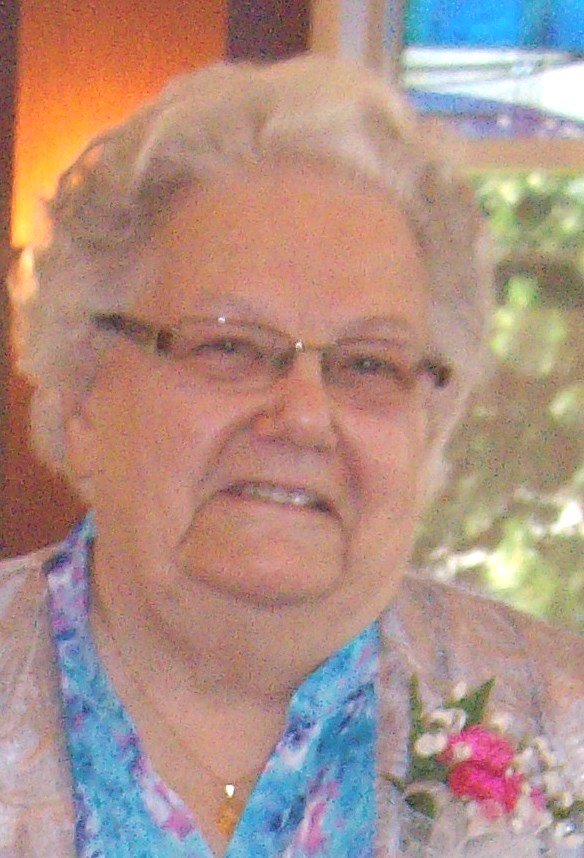 Dumouchelle, Sister Audrey (Audrey Theresa) entered eternal life on Tuesday, November 5, 2019 at Villa Angela in Chatham, Ontario.  She was born in Windsor in 1932, the daughter of the late Ida (Bensette) and Henry Dumouchelle.

She entered the Ursuline Sisters of Chatham in 1956.  During her religious life she served as a teacher and principal in Chatham, Watford, Windsor, Stratford and Moosonee.  Sister was General Treasurer of the Ursulines and served on the Finance and Investment Committees for many years.  She also faithfully served on the Multiple Sclerosis Society.

Sister Audrey is survived by several nieces and nephews.

She is predeceased by siblings Joseph, Clarence and Beatrice.

Relatives and friends are invited to join the Ursuline Community at a prayer service to be held on Monday, November 11, 2019 at 3:00 p.m. in the Kiva at Villa Angela, 20 Merici Way, Chatham.

The Mass of Christian Burial will be celebrated on Tuesday, November 12, 2019 at 10:00 a.m. in the Kiva at Villa Angela, Chatham.  Interment will be in St. Anthony’s Cemetery.

Donations in memory of Sister Audrey may be made to “Chatham Ursuline Charities”, 20 Merici Way, Chatham, Ontario  N7L 3L8 or to the charity of your choice.