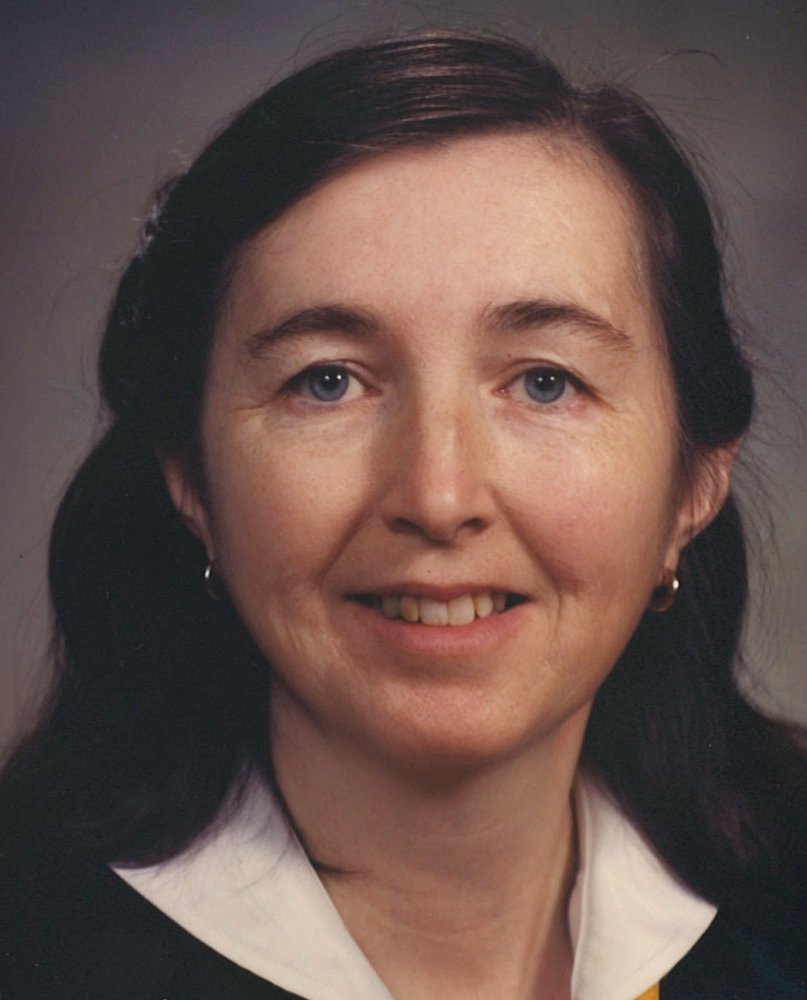 Please share a memory of Anne to include in a keepsake book for family and friends.
View Tribute Book

It is with heavy hearts that the family of  Anne Franssen (nee Kersey) announces her passing. She passed away peacefully at home with Harry by her side, surrounded by her children and grandchildren and went to be with her heavenly Father on Sunday June 13 at the age of 79.

Daughter of the late Wilma D’Clute and the late Gilbert Kersey. Dearest sister of Larry McCandless (Joan) and the late Allan Kersey (Helen).

She will also be missed by Lisa D’Clute and by many friends, nieces, nephews, and  her extended Franssen family.

Anne was born on December 8, 1941 in Cedar Springs. She always had a story to tell about growing up on the family farm. The stories were greatly aided by her excellent memory and keen eye for detail. She attended Blenheim District High School before working as a Nurse’s Aide at the Southwest Regional Center. She met the love of her life Harry at a social dance in Chatham. Her intelligence, striking blue eyes and her impeccable sense of fashion won Harry over. The two fell in love and were married in September 1964. A number of years later Anne returned to studies to pursue a career as a Medical Secretary, working with the Victorian Order of Nurses.

A devoted wife, mother and grandmother; Anne dedicated many years of volunteer service to Chatham Youth Soccer Association as secretary, convenor and coaching her daughters’ teams to a number of championships.  She faithfully supported the Franssen Women’s Soccer Team, cheering on her daughters and nieces from the sidelines.

Along with raising her four daughters, Anne spent countless hours babysitting children from the neighbourhood, especially with April Williams.

Anne was an avid traveller acting as chauffeur on extended road trips into northern Ontario and the United States.  She and Harry also enjoyed cruises to Alaska and the Caribbean and shared the adventures of touring Europe as well as visits to Mexico and Costa Rica.  She will  be remembered as a nature lover, enjoying many Sunday drives and camping trips to Pinery Provincial Park.

A member of the Franssen Women’s Book Club for sixteen years, Anne shared a passion for reading with her daughters, sisters-in-law and nieces, spending many evenings in discussion, lively debate, and enjoying her glass of Pinot Grigio.

In addition, she enjoyed gardening, antiquing and researching her family history.

If there was one thing that gave Anne joy in later years, it was being an Oma and babysitting all of her grandchildren and as they grew older, visiting with them and her great-grandchild Quinn. Anne was a kind and doting grandmother. She loved and supported all of her grandchildren from the bottom of her heart.  Whether it was a birthday party, soccer or hockey game, musical recitals, or theatre performances Oma was always present and generous in her praise and affection for their accomplishments.

As a devout Catholic, Anne was a member of Blessed Sacrament parish for many years. She worked tirelessly to support the family she loved and gave generously to charity. She gave the best hugs and always made you feel like you were loved.

We love you very much Anne, Mother and Oma, and we promise to keep your memory alive. Thank you for everything you taught us.

Friends and family may visit at Hinnegan-Peseski Funeral Home on Thursday, June 17 from 2-4 pm and 7-9 pm. A Funeral Mass will be celebrated at Blessed Sacrament Church on Friday, June 18 at 11 am. Donations to Canadian Food For Children would be appreciated. Online condolences are welcomed at www.peseski.com

Please sign up for visitation and the funeral mass at https://signup.com/go/xqMHLtF

The funeral mass will be livestreamed Funeral Mass for Anne Franssen (June 18, 2021) from Blessed Sacrament Church- 11am - YouTube

Share Your Memory of
Anne
Upload Your Memory View All Memories
Be the first to upload a memory!
Share A Memory
Plant a Tree