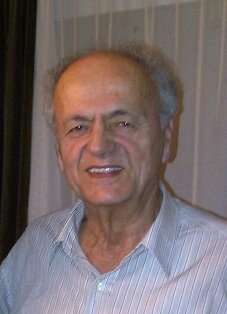 Please share a memory of Stjepan "Steve" to include in a keepsake book for family and friends.
View Tribute Book

Born in Croatia in 1940,  he was the son of the late Antun and Manda De-Re and younger brother of Antun De-Re. Former husband of 33 years, to Emica “Emily” (Dragomanović) and loving father of Diana Edds and Steven (Amanda) De-Re. Cherished grandfather of Brooklyn and Jackson Edds.

Uncle to Reza and the late Pero De-Re (Croatia). Cousin to Rose Simpson and the late John De-Re.  He will be dearly missed.

Aided by his late uncle and aunt, John and Mary De-Re, he arrived in Chatham in 1966 where he raised his family and settled for the rest of his years.

A funeral service will follow in the Chapel of the Hinnegan-Peseski Funeral home.

A private burial will follow at Maple Leaf Cemetery.