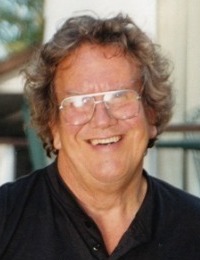 CRONE, Kenneth George in his 92nd year, a resident of The Chatham Retirement Resort passed away October 23, 2019. Ken was born in St. Thomas Ontario to James and Berrie (Rapley) Crone on April 29, 1928. He is predeceased by his younger brother Jimmy “Tussy” Crone (1942). Ken is survived by his wife and friend Bes Whitehall and her family of Chatham. Beloved husband of the late Anastasia (Mullen) Crone (2000).

Ken moved with his parents to Chatham in 1946. A $2 paying “gig” at the age of 12 and much encouragement from his mother prompted a professional music career spanning eighty years. He became an acclaimed saxophonist and pianist in southwestern Ontario and was the founder of The Ken Crone Trio. He received his grade 10 in piano and taught piano, sax, accordion and organ lessons for many years. He played at The Iroquois Nightclub in London, and the Western Fair for 20 years, backing up many well known entertainers, ‘The Other Place’ in Windsor with long-time friend and bassist Eddie Laporte, Top Hat-Elmwood Casino, was the organist at St. Ursula’s Church and hosted many shows at Studio One in the Cultural Centre Chatham. He was a member of the Chatham Concert Band, Primitive Roots Jazz Band, and a lifetime member of the Windsor Federation of Musicians. He enjoyed photography, carpentry, travel, videography, and in his later years wrote ‘The Chatham Concert Band Eighty Years of Musical History.’  Dad was an influential and extremely talented musician and a fun-loving devoted father with a one of a kind sense of humour.

Donations can be made to the Chatham Concert Band/Saturday morning program-Music Makers.

“Stop me if you’ve heard this one before...”