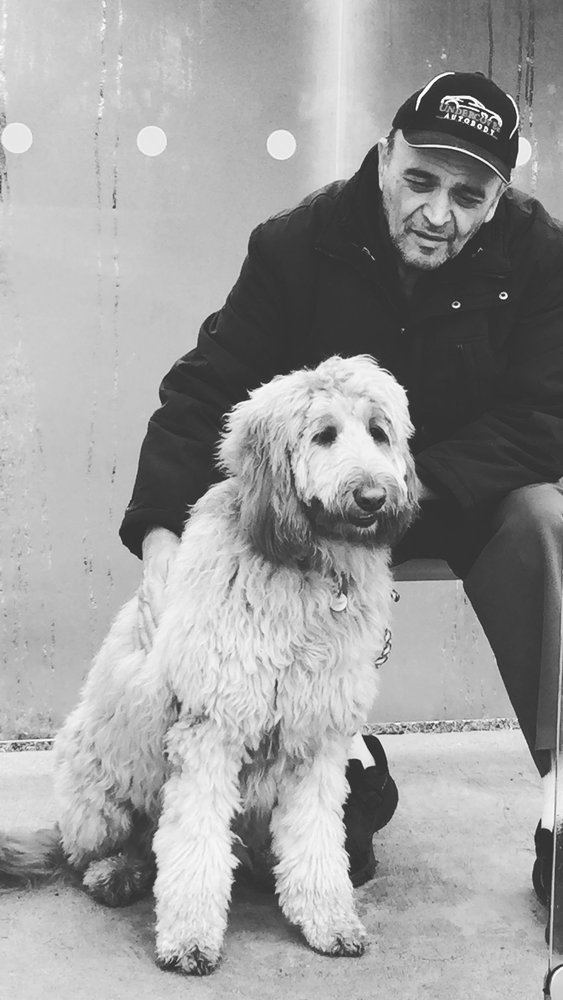 It is with heavy hearts we announce the passing of our incredible father, husband, Papou and dog-grandpa, Peter Vavoulis.  Peter passed away on November 23, 2020 with his loving family by his side as they have been during his long illness.

Peter was an amazing man. He came to Canada from Greece in 1971 with nothing more than a small bag and a few dollars in his pocket. A few weeks after arriving in Montreal his soul mate Catherine, travelled to meet him and together they married.

With the births of his two daughters, Elaine and Fannie, they moved to Chatham to begin their life as a family in the late 70s.

He began his career in Chatham at the Holiday Inn and the Wheels Inn. His dream was to own a restaurant and he opened The Heritage House in 1980. After a short time he then moved on to open Countryside Restaurant in 1983. It was here with his wife and daughters he spent countless hours working to provide the best for his family.

The staff and customers became his family. Many days were spent at the restaurant with Peter imparting words of wisdom and advice to anyone who would listen, telling jokes, making people laugh, teaching customers children and grandchildren how to make pancakes and many other wonderful moments.  The restaurant was home for many and Peter welcomed everyone with open arms.

After retiring in 2010, Peter spent his days walking his favourite dog, Juno, the reason he looked forward to his mornings. Juno brought so much love to his life and never left his side until the end.

There was no greater joy in Peter’s life than his grandson, James Payne. “Jimmy” was the apple of Peter’s eye. His love for Jimmy is eternal. His role of being Papou was the most important role he held in his life. And he held it with pride and joy.

The last number of years were spent battling cancer and he continually fought to be with his family. With the love and support of his wife, daughters, grandson, Juno and many friends, he defied the odds.

While we are heartbroken at the loss of our incredible, kind Peter, we want to thank the many people who have touched his life over the years. A special thank you to Dr. Jacqueline Wolting and the staff and physicians at Thamesview Family Health Team, the support workers with home care including Bonnie, Sylvie, Ronnalee, Katrina and countless others, the team at the LHIN, the kind staff at CKHA who took care of Peter over the years and the wonderful staff at CK Hospice.

Because of COVID protocols, we are looking forward to celebrating Peter in the Spring where we can share stories in his wonderful memory.  We will share more information in the future regarding the celebration. Peter was cared for by many healthcare workers over the years who treated him with such kindness and respect. We ask to please consider a donation in his memory to CKHA Foundation or CK Hospice.

Share Your Memory of
Peter
Upload Your Memory View All Memories
Be the first to upload a memory!
Share A Memory
Plant a Tree